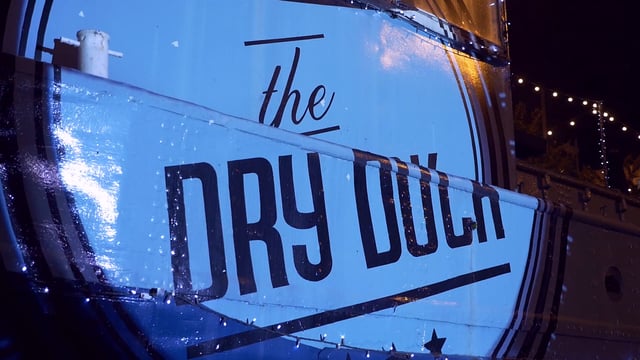 Video mapping in Leeds on the Dry Dock Pub’s barge, a 5-minute creation involving interactivity via text messages from the public.

By taking advantage of the support specificities, the graphic universe of this projection mapping creates clear technical and digital evocations, but sometimes based on the threshold of rationality. The image is made of stunts of figures and numbers in non-Western and non-contemporary digital systems. Heteronomous and labile, it can be transformed by the manipulations of the spectators via their telephones (text message interactions), transforming in turn the perception of space and playing with the users’ relationships.

Enigmatic sense and technical device thus open on a sensibility to environments and to others. Would this political and metaphorical microcosm evoke the difficulties to build a technical democracy? When the stage becomes an actor in our theater, how can we develop staging? When an audience lives in a technically-conditioned world, how does the citizen interact with the expert, and the spectator with the author? Who enlightens who?

As part of the Light Night Leeds Festival, with the support of the Institut français and the City of Lille.